Becoming a Man of God 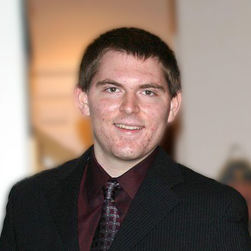 Matt Herbert
Former Intern
My story starts out like a lot of other stories you have probably heard. I grew up in a Christian family, went to church, and had a "good" relationship with my parents. However, it was further down the road in my story that things got complicated, real fast. Not knowing where to turn, I felt like my life was eroding before my very own eyes.

My Dad was always the driving force in my family. He’s the one who called family meetings, paid the bills, made sure chores were done, and made the fun plans for the weekends. He loved to work out in the backyard on our pond with my brother. When I was around age 13, my older brother (by 16 months) had proudly reached 6-foot 2-inches. He towered over me. He was tall, strong, and loved to work with my Dad. When they were working in the backyard, I was inside helping my Mom with cleaning and doing random chores. I would watch my Dad and brother laugh together as they worked in the yard. I could tell my Dad admired his strength and loved having his help to lift the heavy bags of sand for the pond. They would spend the warm sunny summer afternoons in the backyard building and perfecting our pond. They loved spending time together, being physically active, being strong, being constructive, being men. But what about me? If I had looked at myself and asked the question, “Am I a man?” you would have found my heart was anything but content.

In eighth grade, I began experiencing confusing and discouraging sexual feelings for another guy. The feelings completely took me by surprise. I had always felt and heard that being homosexual was wrong, and I was shocked to be facing it myself. I decided to ignore the feelings until they went away. But we all know that you can only ignore issues for so long before they come up again. And that’s exactly what happened. The feelings did not go away — they increased. They got stronger! I felt like I was going to erupt because I had no one to talk to! I didn’t think I could tell my parents — that would just cause unnecessary drama and worry. Having those feelings was embarrassing. The last thing I wanted to do was tell people!

As time went by, I found myself slowly beginning to accept the idea that I was gay. I questioned God a ton, but I was not too keen on listening. I just accepted the idea that I was going to have to throw away my hopes and dreams of having a beautiful wife and kids and become a gay man. It was settled. There was no turning back. After accepting that the feelings were not going to go away, I wanted to pursue a homosexual relationship. And that’s exactly what I did. The excitement that it brought me was more enticing than what God was trying to say to my heart: “No Matt, this is not what I had in mind for you.” Those words meant nothing when I felt sexually excited with another man. I ended up going further sexually than I had anticipated.

Being sexually active in a homosexual relationship brought me temporary happiness, but I always felt unsatisfied and guilty later. At the same time, God was knocking on my heart, and I wasn’t willing to open the door. By the time I was a junior in High School, I had told a few people about my struggle, and they all told me to accept myself for who I was and live the gay lifestyle. It wasn’t until a middle school friend moved back to the area that I finally heard the voice of God in one of my friends. I told her that I wanted to be straight, have a beautiful wife and kids, and not have to deal with this. Her words were, “If you are deeply serious about wanting to change, you will tell your parents, end the relationship you are in, and seek help.” You should have seen the look on my face. There was just no way I could do that. However, that night I let my friend’s words sink into my heart, and I got the courage to end my homosexual relationship. But tell my parents and seek help? Forget about it.

One night I was feeling discouraged and was on the phone talking about my past homosexual relationship. My Mom overheard the call and confronted me about it. That was the beginning of what became a very emotional conversation with my parents as I explained everything. They were shocked, angry, sad, surprised, and overwhelmed. So was I. My Dad let me know that they both still loved me. That was good to hear. I told them I wanted to seek help, and they told me they would help me find it.

The next day we sat down and talked to our pastor. He reassured me that my parents still loved me and that they didn’t think any less of me. I told him that I wanted to find help but didn’t know where to find it. That’s when he gave us the brochure for Mid-Valley Fellowship, and we went home and scheduled a meeting with Duan Walker.

In my first few meetings with Duan, I was afraid to open up and share my feelings. I was a little on the defensive side and demanded answers. When I finally decided to open myself up (because I realized I found the help I was looking for), the true healing of God began. The most impacting part of the counseling process was learning about myself. I learned how I relate to other people. We pressed into the relational breakdowns that had resulted from past experiences, and we processed through the emotional wounds I had. I always had the idea that counseling was going to be terrifying and intimidating, but it turned out to be a place where I could be myself. Duan was someone I could connect with that understood what I was going through. I had never had that before I met him.

One day as we finished one of our conversations, Duan asked me if I had ever thought about being in a group setting that dealt with these issues. I was unsure at first because it was hard for me to think about sharing my personal life with other people. Especially if I had to mention things about past sexual experiences or fantasies. But then I thought it might do me some good to hear from other people going through the same thing.

I went to Taking Back Ground my first time with a little bit of anxiousness but also with confidence. Everybody was really nice and accepting, and I felt I was in a safe environment. As time went by, I got to know the people in Taking Back Ground better and better, especially the people in my small group. It was such an encouraging feeling to be in a group of people that understood what I was going through. I loved listening to what other people had to say and constantly thought how I could apply what they have learned to my own struggle. I was no longer going through my struggle alone. My small group was one of my favorite parts of Taking Back Ground because the relationships were so intimate. Having people as a source of accountability was really helpful as I stepped into difficult situations such as making new healthy relationships with other guys at school. Every week I worked through the lessons in the Taking Back Ground workbook and learned something new each time. The lessons applied to me so directly that I felt the book was written just for me. I would be having a problem or a question in my mind, and then the next lesson would cover that same topic. It blew me away.

I learned a lot about my relationship with my Dad. I had made inner vows not to be like him because he never let me know I was a man, and I resented that. I learned to forgive and reconcile with him which has helped our relationship greatly. I learned about setting boundaries in relationships which helped me to make friends and strengthen the ones I had. It also gave me an opportunity to talk to my small group when I felt I was ready to press into a relationship with a girl.

My second year of Taking Back Ground was just as valuable as the first. I was able to work through similar and different struggles that I hadn’t thought about before. And as always, my small group provided me a shoulder to lean on when I pressed into healthy relationships during my freshman year of college.

My relationship with God has grown tremendously. As I worked through different struggles, I learned to trust and rely on God to do what was best for me. Although Taking Back Ground has come to an end for me, I still have things to work through. I am currently still working on pressing into healthy relationships with guys. The four roommates I am currently living with have been a huge blessing to me. We started a Bible study/accountability group together so we can fight alongside each other in our walk with God.

I have seen myself grow over the past two and half years in a way that I never thought would happen. I’m glad that I gave God the chance to bring healing in my life. So much has changed, mostly in the way I view myself and how God views me. I have learned that God will always love me where I’m at, in terms of my struggle. That’s not necessarily where he wants me to stay, but he will always love me for who I am. And as I walk down the path of becoming a man in Christ, Mid-Valley Fellowship continues to be a support I can always rely on. Thank you Mid-Valley Fellowship for all that you do. The path may be difficult, but the blessings are overwhelming.
More Stories