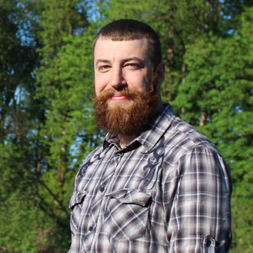 Austin Yoder
Former Erēmos Intern
I finally got that move up at work. After spending a few years on the assembly floor I was finally being transitioned to the desk job I wanted in the engineering department. I’d planned on this move since starting at the company, so it was exciting to begin learning from others at the office. Also, the raise that came with it didn’t hurt my feelings any.

I’d recently moved out of my parents’ home and into an apartment with a roommate. That, combined with how my job was working out had me feeling pretty established. Soon I replaced my old beat up Honda Accord with a nicer vehicle. When not at work I was spending a lot of time doing volunteer work with high school students and enjoying it. Life had purpose, stability, and some newfound pleasures. Why, then, was I so miserable?

It had to do with the truth, or rather a lack of it. It was the false truth that I was presenting to people at work, at church, and at home. This false truth said that I was alright, I was successful, I was dependable, and I was enjoying the business of life. While some of those statements may have been true, I was aware that showing that façade to people was a lie. Even in the midst of my successes my life was full of what I knew to be a huge failure. I had a secret habit of seeking online pornography, and for the life of me, I couldn’t stop.

This secret sin chipped away at all of the joy in other areas of my life. It made me fearful in relationships with others as I’d wonder what they would think of me if they knew. I couldn’t be fully honest when others asked how I was doing, or they might start digging. It was proving to me that unlike in other areas of my life, this was something that I couldn’t simply fix by being smarter or trying harder. No matter how much I succeeded elsewhere, I was still a failure. It made me feel distant from God with feelings of intense guilt when, after trying to stay pure, I would cave in. Knowing that I was called to be pure but wasn’t able. Praying for help repeatedly but still failing. I was confused by that and a bit beyond the point of feeling frustrated. After years of this, I was just sort of trying to cope, but the realization kept growing stronger: You are living a lie.

It was this knowledge that eventually served as a motivation for me to reach out for help. I’d certainly tried many things on my own to quit my behavior. I’d gotten a friend to be an accountability partner for me. I’d talked to a few leaders about it. All these were attempts to stop sinning in this way, but to stop in a way that would be as painless as possible. I was afraid of what people would think, my reputation, and what it would cost me were I to really seek help. Of course I faced those same consequences, but worse, if I were to be discovered. So far all of my ‘band-aids’ hadn’t fixed anything. I finally decided that I was sick of the lie, and I was willing to do something more, even if it was costly. I’d heard of Mid-Valley Fellowship years back when they came to my church and gave a presentation. We had their brochures in the back of our sanctuary. Sometimes I’d think about signing up, but was certainly afraid of it, and thought that I’d eventually get this solved on my own. Still, I knew that should things really go sour I had them as what you might call the “nuclear option.” I finally reached a place where I was willing to press the little red button.

I was certainly nervous attending my first appointment, but once I’d begun the process of seeing if this ministry could help me, I was surprisingly motivated. After years of defeat, I was starting to think that perhaps I’d never be free. I remember visiting the first night of classes and hearing others’ stories, and it sparked something I’d not really had for a long time: hope. The first thing I received from MVF was hope. Hope that perhaps there really was something to be done about the place I was in. This hope was life giving. It brought some color back to my world of greys. It wasn’t horribly strong yet, but it was a good start.

The second thing I received came quite soon afterwards, and that was acceptance. Being able to share who I was, including the ugly stuff, and not feel rejected was amazing. I’m not sure if I’d even actually been rejected for sharing my struggle with someone, but I certainly had loads of fear about it. Knowing that this was a safe place to share, and that people would get to see me as I really was, lifted a big weight off of me. It provided some fresh oxygen after holding my breath all week. 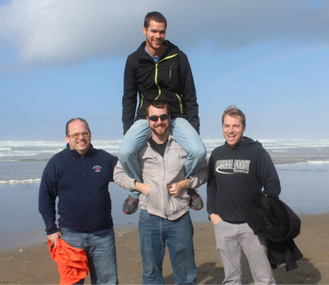 Austin at the coast with Duan and interns Kent & Josh
Acceptance soon blossomed into something more: comradery. Meeting with others going through similar struggles turned out to be quite bonding. We grew together as each week we would have opportunity to celebrate victories, hear where each of us was at, share empathy for tough things, and encourage one another. In being vulnerable, and facing this fight together, we became a band of brothers.

These things alone were quite impactful to me. I began to realize why when I took a closer examination of my life. I was certainly social; I had an event or something to be at every day of the week. However, nearly all of those groups or relationships didn’t see the real me. Save for one friend, they all only saw what I wanted them to see. Nowhere was I really being known. And without showing my true hurts, others weren’t able to offer love and help to me in a way that was effective. Whether it was intentional or not, I was keeping all of my relationships at a shallow level. Thus what I was receiving from my MVF group was really phenomenal and got me hungry for closer relationships.

Other pieces of healing came in the forms of intentional accountability and spoken truth. Having others holding me to things I’d set as goals, and having them know when to press in a bit on things, made a big difference for me. It certainly was uncomfortable, and near the start of things, I was dreading going if I knew I had to give a bad report. However, I eventually came to see that it was them helping me and loving me in a very direct way. Making me face things about myself that I previously wouldn’t have considered. Truths about my value to others and to God were repeated to me, and shown to be accurate. 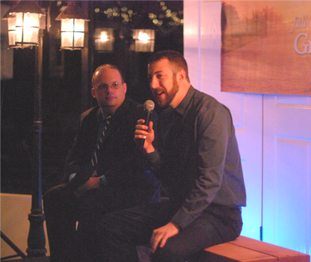 Austin sharing his testimony at the 2015 Benefit Dinner
I learned that I need people and to be engaged with them. Isolating from humanity isn’t what we were designed for. God is a God of community, and we need to practice that. I was reminded that I can’t do everything on my own, and that asking for help isn’t a sign of weakness. By living my life closed off from people, I was lacking relational intimacy. It was a need that I was trying to fill with the false intimacy found in fantasy and pornography, which always left me wanting more. I also learned to set limits on my time and to work in planned rest periods. Rest and relaxation are worth the time spent and nothing to be scoffed at.

I praise God for the work He has done in me through the ministry I received at MVF. I’m several months clean from my habit and have strong hope of remaining that way. It is a feeling I wasn’t sure I’d ever get to have, and it feels amazing. I’m still learning and still growing. Somehow God seems to think there are more things I ought to learn, and He’s keen to teach me. I rejoice in that as well, and I look forward to helping others find the acceptance, life, and healing that I received. To God be the Glory.  ​​
December 2015
More Stories