Hope Beyond the Façade 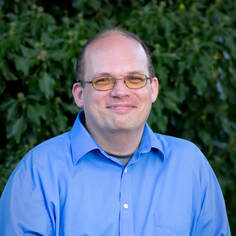 Duan Walker
I walked around my school and church in constant fear that I would be found out. I was convinced that something I might do or say would reveal what was really going on inside. At the same time, I did not understand how I could have these feelings that were so clearly wrong. So, I did what I think we as Christians often do: I made the outside look good and suppressed what was going on inside.

I thought if I could just be more disciplined, everything would change and my sinful desires would just go away, but they did not. In fact, the more consumed I became with fear and confusion and the more I tried to make the out side look good, the worse things became. That continued for years. I would go through cycles of thinking everything was okay, followed by everything falling apart inside. The worse things got, the more alone I felt. And I made classic mistake, I thought I was the only one who struggled with this issue: that I was truly alone.

I had been involved in church all my life and became a Christian at a young age. I knew about sin, and I had heard passages like I Corinthians 6 that give a long list of sins, including homosexuality, followed by “none of these will have a share in the kingdom of God.” But when I got into high school and all the other guys were discovering attraction to girls, I was very confused when I found myself attracted to other guys. It was not something I wanted or chose. It was just there.

The first time I felt a glimmer of hope was late in high school. I was working in a church office, answering phones and doing administrative work. One day a phone call came in that I answered: “Hello, my name is [Jane], and I’m calling from Exodus Inter national. We are a ministry that helps people struggling with unwanted homosexuality, and we’re having a conference in your area. We were wondering if some of your pastoral staff or church members would like to attend the conference.” There was what felt like five minutes of stunned silence and fear. “How did she know to talk to me? Did my façade have a crack in it? ... Oh, wait! I’m just answering the phone like I have hundreds of times. She has no idea that I struggle or am hiding. Ok, act like everything’s normal.” I regained my composure and told her it would be great if she sent us some information. I contemplated going to the conference, masquerading as someone who would reach out and minister to people struggling. I did not end up going, but the tidbit of information about Exodus was filed away in the back of my brain, to be used later.

About eight years passed. I continued to go through cycles of being totally over whelmed with homosexuality to periods of feeling like I had it altogether and my façade was perfectly intact. During that time, I moved away from my friends and family in Vancouver, Washington to Albany, Oregon. Especially at first, the experience was like pouring lighter fluid on a blazing barbecue. Not only was I struggling with a deeply personal issue, but now I was in a completely new town, attending a new church, working a new job, and meeting new people. Everything intensified, including that disconnection between how I felt inside, and how I acted on the outside.

Around Christmas of 2002, I finally hit rock-bottom. I had returned to Albany from a visit to Vancouver. It seemed like every interaction with friends had gone horribly wrong. I just wanted those times to be good – to be enjoyable. Since reality was nothing close to my ideal, I sought out that ideal in fantasy. But over time, my appetite had become less and less satisfied. I kept wanting more: fantasies developed and intensified, pornography was not enough, and I began searching for a way to have a secret sexual encounter with a guy. This time was no exception. I sought escape and found it in pornography. As I felt guilty about it, I wanted a more intense experience to numb that guilt. When I finally let myself return to reality, I felt worse than I ever had before. And in the midst of that deep emotional darkness, God spoke to me: “Do you see the progression? Do you realize this isn’t getting any better?”

It was then that I was reminded of that tidbit of information about Exodus. I went looking for their website, and once I found it, began reading the stories of people whose lives had changed. What struck me was the reality and honesty that was present in those stories. They did not act like they one day made a decision and everything changed. There was acknowledgement that this journey is just that: a journey of growth that takes time. As I continued to read, I found the story of a man with whom I really identified. At the end of the story, I read, “Jason is now the director of Portland Fellowship” (a sister ministry of Mid-Valley Fellowship in Portland). I did a little more searching on Exodus’ web site and discovered Portland Fellowship was just a short distance north of me. After much fear and second-guessing, I finally sent an e-mail to Jason, asking if we could meet. I made it clear right from the beginning that I did not want to be in a group setting. There was no way in the world I was going to tell anyone, much less a bunch of strangers, about my struggle with homosexuality.

A couple weeks later, I met with Jason. I had a mental list of things that I was NOT going to talk about with him … and we talked about all of them. He challenged me to make a consistent commitment to walking through this process; and, what followed was the beginning of a life-changing experience. As we continued to meet one-on-one, I began learning many things about myself and more importantly about God.

Duan with his friends Matt, Jeremy, & Jimmy
In all the years before, I had learned information about God – who He was; His nature. But I did not really KNOW God. He had always seemed to be this distant being that could never be satisfied. I believed that if I just read the Bible and prayed more or served in more ministries or did more things, then I could earn God’s favor ... I would be close to God. I learned that God desires an intimate relationship with me, no matter what I have or have not done in my life. There is no amount of good things or level of commitment that I can do to earn that favor. God has already given it. I must simply receive it.

I had always felt inferior as a man. I didn’t feel like a woman, but I didn’t feel like a man either. However, when God designed me, He knew exactly what He was doing. He intentionally made me a man and in tends me to embrace masculinity as He defines it. Over time, God replaced years of lies about my identity with truth about who I am in Christ. Does that mean I never question my identity in Christ? No – it simply means there is a new narrative that is quick to point out mistruth.

I have always had a desire to get married, but never thought it a possibility because of my continued struggles with homosexuality. It was torturous to go to a wedding and watch a couple get married, when I felt there was no way I would ever be a groom. I would often just tune out when the pastor started speaking. However, a few years ago, I had the privilege of attending the wedding of a couple in my home church. I actually listened to what the pastor shared. He spoke about how the love expressed between this couple was an example of the love that God has for us. I was deeply moved as I watched the excited groom smile with love for his fiancé, and I realized how much God truly loved me.

God has taught me so many things. This last year, I had the privilege of serving as an intern at Portland Fellowship – giving me the opportunity to “comfort ... with the comfort [I] have received from God” (II Corinthians 1:4b). There have been many times the journey has been incredibly difficult. I have even wanted to give up at times, but God continues to be faithful, even when I am faith less (II Timothy 2:13). I do still struggle with same-sex attraction, but those desires do not control my life as they once did. God promises, “My grace is sufficient for you, for my power is made perfect in weakness” (II Corinthians 12:9).