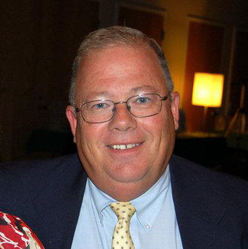 Dwight Wolfe
My name is Dwight Wolfe, and I am a grateful believer who struggles with sexual addiction. I was born and raised on a family farm in Wallowa, Oregon, the 4th of 5 children. I suppose you could say I had an ideal childhood – a stable home and family with loving parents. However, I remember looking at soft-core pornography as a child, and then I eventually found a magazine of pornography, probably from my older brothers or a ranch employee. I went to college out of high school and met my wife Debbie during my senior year at Oregon State University. We got married in 1974, and I assumed there would be no need for pornography. But in a few months, I was looking at it again. I felt shame for my behavior and kept it hidden. I left college before graduating and returned to farm with my family. In June of 1976 our oldest son was born, and son number 2 was born in July 1978. One month after our second child’s birth, Debbie was struck with Multiple Sclerosis.

In September 1980, I was on a commercial fishing vessel out of Tillamook Bay with Debbie’s dad. Coming back into the bay, our boat was capsized by 15-foot waves. Two people were killed in the accident. As I floated in the ocean, I bargained with God that if He would save me, my life would be His. It took a couple of months of feeling guilty for not keeping my word, but at an Amway convention in Spokane, Washington, I accepted Christ into my life as a result of that accident. The day also happened to be our wedding anniversary, November 9, 1980.

After I became a Christian, I assumed I would no longer struggle with pornography – that somehow God would remove that behavior I later came to know as sin. Alas, it wasn’t too long, and I found myself looking at pornography again. Eventually, I began to justify it by thinking I wasn’t hurting anyone – that I was just a typical man. I wasn’t unfaithful to my wife (but that also eventually happened) and it didn’t involve other people or anything illegal (almost arrested in Las Vegas). I even convinced myself that I didn’t compare my wife to what I saw. And while she didn’t like me looking at pornography, she didn’t object. It seemed I couldn’t stop. It had been a part of my life as long as I could remember.

After 40 years, I had started to believe that pornography would always be a part of my life – a part I would keep hidden at almost any cost. I felt like such a hypocrite at times, attending church after acting out the night before. I became a church leader and was convinced that if anyone knew what I was doing, I would be expelled, disgraced, and humiliated. I figured I’d probably have to leave the church.

In the fall of 2004 at 51 years of age, God convicted me to confess my addiction to pornography during our men’s breakfast at church. I was scheduled to give the morning’s devotion. While confessing wasn’t something I had planned to do, it couldn’t have turned out any better if I had been planned it. Instead of being expelled, disgraced, and humiliated, I was loved and accepted. I was also encouraged, not that I could continue in my sin, but that other men also had the same issues. I did not realize the work that lay ahead of me and how God would provide for a way out of the temptations.

I felt a change in my soul, and I didn’t know what to do. I knew if I didn’t do things differently, nothing would change. A part of me didn’t want to lose what God had begun. Within a few days, some men came to me and invited me to join with them in an accountability group. Within 6 months, God led me to begin a Celebrate Recovery group at our church, and it continued weekly for 4½ years. I learned much about addiction, and yet I had a feeling there was more to my recovery that I needed to experience. God never wastes a hurt. He was preparing me for more. 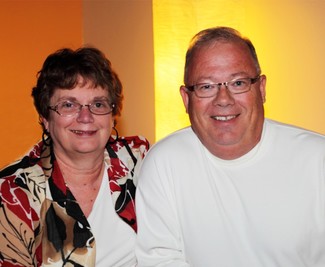 Debbi & Dwight
A year after my confession, I was no longer viewing pornography, but I felt convicted of my sin of continued masturbation. After counseling with my pastor, I realized that my masturbation was a result of lust, and Matthew 5:28 says “… everyone who looks at a woman with lust for her has already committed adultery with her in his heart.” Since the fall of 2005, I have experienced a life of sexual purity in my marriage. Not having those thoughts and images in my mind has created a renewed love for my wife, a relationship with no more secrets, and a greater acceptance of who she is. Pornography caused me to compare her to an image of who the world said is readily available, but now I see her as my soul mate that God had pre-ordained for me. She has no defects and is beautiful beyond compare.
​
Freedom from sexual addiction is possible, but it is a journey, not a destination, and it cannot be traveled alone. God has given me a strong desire to walk alongside others what desire to free themselves from this sin. So, when the opportunity came to serve in the Clean Heart program (for men struggling with pornography/sexual addiction), I joined with others who had the same desire. The first year of Clean Heart has drawn to a close, and God has blessed our efforts. Men have been better equipped to experience freedom from sexual brokenness, and I look forward to what God will do in and through them in the future.
June 2011