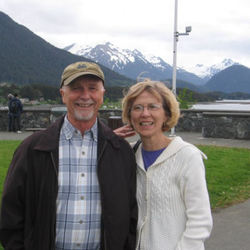 Steve & Marilyn Reischke
Board Member
It was about ten years ago that our daughter was working at a hospital in another town. This particular year, she had to work on Christmas Day. We decided to drive down on Christmas Eve, exchange some gifts, and have a bit of Christmas that day before heading back for a Christmas Eve service at the church where I (Steve) served. While we had questioned some of the company she had been keeping, we were in no way prepared for that day’s encounter.

Not long after arriving at her apartment, one of her friends stopped by. We were friendly and talked freely with her, but during the conversation, listening and watching their reactions to each other, both my wife and I came away with a very disturbing feeling. After discussing our reactions on the drive home, we decided to call and ask some questions. Our daughter confirmed our suspicion: she was in a lesbian relationship.

Here we were, pastoring a Bible-believing, evangelical, Baptist church. What should we do now? Where did we go wrong? Was God punishing us for something we had done? Who led her into this life? Was one of us more to blame than the other? Were people in the gay world taking advantage of our daughter’s learning disabilities? What was going on? Had God forsaken us? We also had many practical questions. What do we do when our daughter wants to bring her partner for Christmas dinner? Do we need to shield our grandkids from her? The questions were unending on both the causes of our daughter’s lifestyle, and what we, as parents, should do about our situation.

Praying about what to do, how to react, and what to say to others gave both my wife and I a desire to seek God in ways we had never done before. It was a very short time after our daughter came out that we received a call from Colin Halstead. He was working on a degree in counseling at Western Seminary, and, as part of his program, wanted to start a support group for parents of gay children. We had been friends of Colin for a number of years, and we were aware of his struggles with homosexuality. His own parents were even a part of that first group of about five couples. The group was a life-saver for us, as it provided a safe place to share our struggles, ask and discuss our questions, and to be held up in specific prayer. The group also served as a source of information and resources to help us, and sometimes included individuals from the Portland Fellowship (a sister ministry of Mid-Valley Fellowship in Portland). They opened their lives and struggles to us and responded honestly to many of our questions.

Marilyn playing an organ in a Sitka church that came to Oregon in the 1840’s, while Steve looks on
During those monthly gatherings, we learned things about ourselves we really didn’t want to face. We learned things about the gay life that we had never before considered. God led us on a path we really didn’t want to travel, but one he allowed for our own good and his purposes. Among other things, we have both developed a whole new outlook concerning people struggling with homosexuality. Once they were, in our minds, reprobate sinners rejected by God and worthless. Yet through facing the struggle with the daughter we love, we’ve come to see individuals who are not so different than most of us. Gender confusion is their struggle. Ours might be greed, pride or a host of other persistent allurements needing the control of Christ. In facing our own weaknesses, we looked inwardly and realized how difficult following Christ can be, noting that sin of any kind can have a powerful grip on us.

Gaining a whole new outlook on the gay world has provided many opportunities to speak to individuals about some of the reasons God may have included acting on homosexual feelings, or any other illicit sexual temptation, as something to avoid. It has helped us in explaining God’s love and grace in new ways with new people. We’ve seen individuals drawn to Christ as they encountered our story of love and compassion which God has developed in us toward those in the lifestyle. We’ve also had a good number of opportunities to encourage other parents in a similar situation to ours.
​
God didn’t leave us all alone to deal with this. Members of that group with whom we met ten years ago are still encouragers in our struggles. We occasionally meet to update one another on our progress. We pray for each other and our children regularly. We have developed friends who we know will love us through thick and thin.
September 2013
More Stories